Event Title: Mediation Perspectives of In House and Outside Counsel

Seth Jaffe, Levi Strauss & Co.’s Senior Vice-President and General Counsel, and James Gilliland, Jr., former managing partner of Kilpatrick Townsend & Stockton, will share their views on the evolving roles of in-house counsel and outside counsel in mediation planning, mediator selection and decision-making, together with practical insights for mediators working with them. 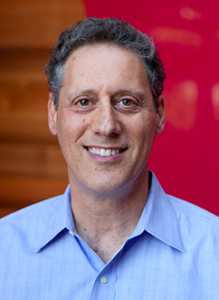 Jaffe returned to Levi Strauss & Co. in September 2011 and is responsible for leading the company’s global Legal Division and advising the Board of Directors, CEO and other senior executives on all legal, security, and governance matters.  He is a member of the company’s worldwide leadership team, which sets the company’s global direction.

Jaffe is familiar with LS&Co., having spent the early part of his career in the legal department, following several years at a large law firm.  Over the course of fifteen years, he held various legal counsel roles at LS&Co. with increasing responsibilities in the United States and Europe.  During this time, he provided business and legal counsel as part of the management team that launched the Dockers® brand; built a legal department in Brussels; and managed legal affairs for 30 countries throughout Europe, the Middle East and Africa as European General Counsel.

Jaffe holds degrees with honors from The University of Michigan Law School and Brown University. 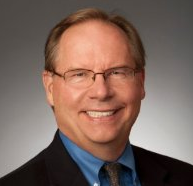 JIM GILLILAND is a partner at Kilpatrick Townsend in San Francisco. Jim focuses his trial practice on the representation of high-technology and consumer products companies in litigation regarding claims based upon patent, copyright and trademark infringement, breach of contract or warranty, fraud, unfair competition and violation of the antitrust laws. He has appeared in federal and state trial and appellate courts around the United States.

Jim also serves as a mediator in the Northern District of California’s Alternative Dispute Resolution program. He has handled more than sixty mediations either as mediator or counsel for one of the parties.  Jim served as Chairman of Townsend and Townsend and Crew LLP from 2001 to 2010. He served as Chair of Kilpatrick Townsend’s Litigation Department from 2013 to 2015.

Mr. Gilliland has been named a Northern California Super Lawyer for Intellectual Property Litigation by Super Lawyers magazine every year since 2006. He has been recognized in The Best Lawyers in America® in 2016 and each of the nine years immediately preceding.  That publication named Mr. Gilliland “San Francisco Lawyer of the Year” for Technology Law in both 2013 and 2016.

Jim Gilliland received a Bachelor of Arts degree in Political Economy from Williams College in 1976, a Master’s Degree in Political Science from the University of California at Berkeley in 1978, and a Juris Doctor degree from Berkeley Law in 1979.