In my recent Society Session presentation on “Mediating Inheritance Disputes,” I talked about the challenges presented by the often intense emotions that such cases force to the surface.  A mediator has to anticipate and accommodate the grief, anger, and resentment the parties are struggling with, which are often the real issues and just as often impede progress toward resolution.  That can be done in part, I suggested, in setting up the mediation: finding out ahead of time where the tensions are, sometimes having extended one-on-one discussions with a party and counsel, sometimes scheduling more than one session, deciding whether a joint session would be helpful or not.  And in the session itself, empathy (if sincere) can productively acknowledge the emotions that inevitably surface, and patience can help move beyond them.

To help the mediator channel the emotions of a mediation, I recommended becoming familiar with the five stages of grief explored by Elizabeth Kübler-Ross in her landmark 1969 book, On Death and Dying.  I was introduced to this book some years ago by Society Member, Jim Madison.  Jim had just lost his father.  He had derived consolation and insight from Kübler-Ross’ study.  He had also sensed some parallels between the emotional swings of those trying to deal with death and dying and the emotional swings of those confronting conflict, and resolution, in the course of a mediation.  In perhaps the most intense presentation I have been part of, Jim explored those parallels with me in a program for the BASF Mediation Committee, and it became clear that they are instructive.

Kübler-Ross identifies the “Five Stages of Grief” as:  Denial, Anger, Bargaining, Depression, and Acceptance.  It is important to note that Kübler-Ross herself put the word “stages” in inverted commas:  her “stages” enable discussion rather than describing an inevitable progression, they allow for recognition rather than prescribing universal reactions to the prospect of death.  Just to name the “stages” is, I believe, to acknowledge that they occur in the mediation process – and not just in highly emotional matters such as inheritance or employment disputes, but in business disputes, especially where the stakes are high, and even when an insurance company is involved.  Disputes arise from people.  Decisions in a mediation are made by people.  How often have you seen an angry plaintiff, a defendant representative in denial?  How much of the mediation process involves bargaining?  Is there ever a mediation where either side or both sides do not feel somewhat deflated when it appears they are not going to get what they wanted?  How often does a mediation involve dealing with resolution more than dealing with conflict — recognizing you are not going to get your pound of flesh, accepting compromise over principle, letting go of the hold you had? 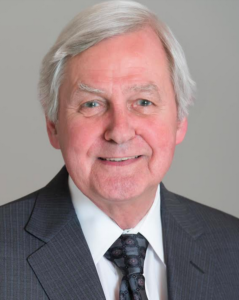 Richard J. Collier has been in practice more than thirty-five years, as a trial lawyer and as a mediator/arbitrator.  His trial practice has focused on fiduciary duty issues, in business disputes (partnership dissolutions, unfair competition, insurance coverage, bad faith disputes) and, for the past fifteen years, in trust and probate litigation.  He has represented beneficiaries and trustees, both individual and institutional, in removal and surcharge proceedings, cases involving interpretation and modification of trusts, and will and trust contests.  Mr. Collier prides himself upon thorough research into the law and the facts, and on skillful oral and written presentations.  As a neutral, Mr. Collier has served in over 400 mediations and arbitrations covering a wide range of subject matter, number of parties, and dollars in dispute.  Mr. Collier has proven to be particularly effective in high-emotion disputes where respect for the emotional dynamics of a dispute as well as thorough understanding of the facts and law allow him to build credibility  –and settlement scenarios — with the parties and their counsel.