(Please provide your own lunch)

No charge for TMS Members to attend. This is an MCLE Society Session.

The 1964 Civil Rights Act created the  Community Relations Service and for more than fifty years it has been mediating civil rights conflicts. Grande Lum served as Director of the Community Relations Service from 2012-2016 and is completing a book on the history of the agency to be published by the University of Missouri Press in the fall of 2020. He will focus on CRS mediations such as the planned 1973 Nazi protest in Skokie,  the 1999 Elián González case in Miami, and the 2012 Trayvon Martin tragedy in Sanford. The discussion will include lessons learned for community civil rights conflicts of today. 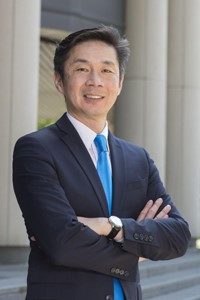 Grande Lum is Provost and Vice-President for Academic Affairs at Menlo College.  Previously, Grande Lum was nominated by President Barack Obama and confirmed by the Senate in 2012 as the Director of the Community Relations Service (CRS), an agency within the Department of Justice. Before joining CRS, Grande Lum was a clinical professor at the University of California Hastings School of the Law, where he directed the Center for Negotiation and Dispute Resolution. He is the author of The Negotiation Fieldbook, and Tear Down the Wall: Be Your Own Mediator in Conflict. He has taught negotiation or conflict resolution at Stanford, University of California Berkeley, and Ohio State.  In addition, Grande Lum has consulted in negotiation or mediated throughout the United States and internationally. Mr. Lum is a graduate of the University of California, Berkeley and Harvard Law School.