Zoom details will be emailed to members prior to the event.

If you have registered a Guest please forward Zoom information as TMS will not email Guests.

In 2013, as he was leaving his Westwood gym, two UCLA police officers stopped Judge David S. Cunningham, III, for a seatbelt violation. According to Judge Cunningham, they shoved him against the side of his car, handcuffed him and put him in the back of their patrol car, injuring his wrists and arms.

Judge Cunningham sued the University of California, alleging excessive force and racial profiling. The parties settled the lawsuit for $500,000: $150,000 to Judge Cunningham and his counsel and $350,000 to The David S. Cunningham III Scholarship for Civil Rights, a fund for undergraduate and law students to be administered by the UCLA Black Alumni Association. UC also agreed to conduct ongoing trainings for officers on issues such as “understanding diversity, bias, public engagement and use of force.” As an additional term of settlement, UC agreed to hold a one-day community forum about relations between police and the public, to include issues of racial profiling, in which Judge Cunningham later participated.

Weaving together his personal response to these events with his experience as a civil rights attorney, law school professor, president of the LA Police Commission (2001-2005) and jurist, Judge Cunningham will share his insights and engage The Mediation Society members in conversation about race, policing and the role of lawyers and mediators in elevating the conversation about these divisive issues. 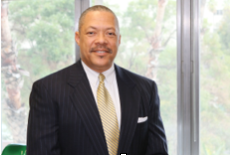 The Hon. David S. Cunningham III, is a Los Angeles County Superior Court Judge who has served in multiple assignments in family law, probate and he now serves in a complex civil assignment presiding over products liability cases, labor related class actions and mass torts. He was appointed to the court by Gov. Arnold Schwarzenegger on January 22, 2009.

Judge Cunningham graduated with his B.A. degree in Economics from the University of Southern California (USC) in 1977. He was awarded a Root-Tilden-Kern Public Service Scholarship and received his Juris Doctorate degree from the New York University School of Law in 1980.In the fall of 1980, Judge Cunningham was admitted to the New York State Bar and began his legal career as an attorney in the Honors Program with the United States Department of Justice, Civil Rights Division, Voting Rights Section in Washington, D.C. He worked on the redistricting plan for the Texas House of Representatives and tried several voting rights cases throughout the South. His work aided Congress in its decision to extend the Voting Rights Act another 25 years in 1982.

In 1983, upon returning to California, Judge Cunningham was admitted to the California State Bar and served as a judicial clerk for the Hon. Terry J. Hatter, Jr. of the United States District Court for the Central District of California. In 1984, Judge Cunningham joined the Beverly Hills Office of Finley Kumble Heine Underberg Manley & Casey as an associate. From 1987 to 1991, while simultaneously developing his practice, he taught financial institutions and trial advocacy courses at Loyola Law School.

While practicing law in the private sector, Cunningham has also served as a police commissioner for the Los Angeles Police Department from 2001 to 2005. It was a challenging time for the City of Los Angeles, coming on the heels of the worst corruption scandal in the history of the Los Angles Police Department, a rise in crime, and federal scrutiny of the city’s policing practices. He served on the commission four years, becoming its president in 2003. He saw LAPD move forward in 2003- 2005 with sweeping reforms and strengthened civilian leadership.

Judge Cunningham has continued his academic interest in the law serving as an adjunct professor since 2015 at the University of Southern California, Gould Law School, periodically teaching evidence to second and third year law students. From 2016 to 2019, he has served on the Executive Board of the California Judges Association, the “Voice of the Judiciary.”