Event Title: Mediator Challenges in the Face of Attorney-Client Conflict

It is not uncommon for a mediator to encounter tension, if not outright conflict, between an attorney and a client. Such situations can present substantial ethical problems as well as fundamental questions regarding the purpose and value of mediation itself. Should the mediator ignore the conflict and concentrate only on facilitating a resolution of the dispute between the parties? At the other extreme, is it ever appropriate for the mediator to use attorney-client conflict in aid of resolving the case? These and other questions will be explored by two experienced mediators. Participation by those attending will be welcomed.

Please note, presentation materials will not be distributed at the Session.  An email will be sent out 1-2 days before the Session with digital documents (if any) so please check your email prior to attending the Society Session. 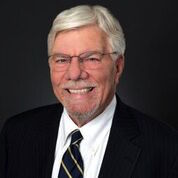 John True practiced labor and employment law for 28 years before being appointed to the Alameda County Superior Court where he served for 11 years until his retirement in 2015.  He presided over civil trials and other civil proceedings in Oakland, California.  He was also the Chair of the Court’s ADR Administration Committee.  Judge True received his law degree from the U.C. Berkeley School of Law (Boalt Hall) in 1975.  Upon retirement from the bench, he opened a practice in mediation and arbitration with ADR Services, Inc.  Throughout his career, he has taught labor and employment law – and negotiations – at various Bay Area law schools, and is currently teaching labor law at Stanford Law School. Judge True is also a mediator and Early Neutral Evaluator for the US District Court for the Northern District of California and the Alameda County Superior Court.

Randy Hall practiced public sector law in the San Francisco Bay Area after obtaining his law degree from Harvard Law School in 1977 until his retirement in 2014. He served as Deputy City Attorney for the City of Berkeley from 1981 through 1985 where his duties included litigation, labor-management dispute resolution and general advice and counseling to city agencies and elected officials. Mr. Hall began working as Senior Trial Counsel for the City of Oakland 1985, and in 1987 was appointed Litigation Supervisor for the City of Oakland, a position he held until retirement. For over 20 years, Mr. Hall has served as a mediator and Early Neutral Evaluator for the US District Court for the Northern District of California. Mr. Hall developed and taught civil rights use of force issues and avoidance of liability courses in the Oakland Police Department Advance Officer Training Academy. He also developed and taught a series of classes on the law of sexual harassment, how it is interpreted by the courts and how to avoid liability.